U.S. Ambassador to China Meets with AmCham Members at Epoch

On April 11, 2019, U.S. Ambassador Terry Branstad met with the Northeast Chapter of the American Chamber of Commerce (AmCham) members over a working lunch at Epoch.  The Ambassador was accompanied by Consul General Gregory May and his wife, Mrs. Margaret May plus a group of 15 people which included his Chief of Staff and Economic Officers from Beijing and Shenyang.

After meeting with Epoch’s upper management and a tour of Epoch’s LEED Platinum Certified facility, the Ambassador met with the members of AmCham to have a better understanding of the business environment in North East China.  The meeting was attended by representatives from 15 AmCham member companies including Epoch, Intel, CocaCola, Rockwell Automation.

The lunch discussion revolved around the current trade negotiations between China and the US and the impact on the ground on American companies.  Members were able to raise issues and air their particular concerns in regards to the trade situation between the two countries.

During the discussion, Ambassador Branstad talked about his productive meeting with the Mayor and Party Secretary of Dalian the previous day, as well as about the current US-China relationship and described the reasons why he remains optimistic.   He told AmCham members that the two countries are very committed to resolving their issues and that there is every reason to believe that the negotiations will end on a positive note.

During the meeting, Ambassador Branstad emphasized the importance of building and maintaining trust in cultivating long term relationships.  He shared the story of his 40-year relationship with China that began while he was the Governor of Iowa.  The then Governor Branstad established a ‘sister-state’ relationship with Hebei.  When he and his Iowa delegation visited Hebei, they were received with tremendous hospitality. Governor Branstad and his team were then able to return the honor when now President Xi Jinping led a delegation to Iowa. This warm personal relationship established years ago still continues to this day.

AmCham members left the meeting feeling reassured and optimistic about the future relationship between China and the United States.

Below are some snapshots from the AmCham lunch meeting at Epoch. 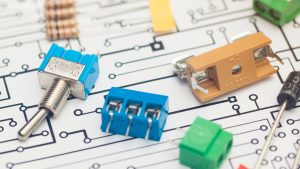 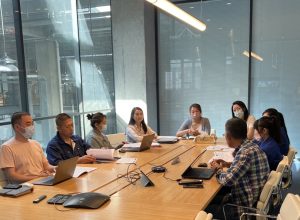